It does not do to dwell on past mistakes, and this isn’t about that. However, September is autoevolution’s Porsche Month and we couldn’t let it end without at least a mention of the massive blunder that stopped the Type 64, aka the “world’s first Porsche” that isn’t even a Porsche, from becoming the world’s most expensive car.

The full story of the Type 64 is the subject of a previous coverstory, so we won’t get into all the specifics. Suffice it to say that, before Porsche started producing cars, engineer and inventor Ferdinand Porsche, who was also a member of the Nazi Party, built some cars for Hitler to serve for his Nazi propaganda.

To mark the 1938 Nazi alliance with Italy and the absorption of Austria, Hitler wanted a 1,500 km (932 mile) race from Berlin to Rome. The race car would be based on the new people’s car, aka the KdF-Wagen, which would later become the cute (and equally iconic) Volkswagen Beetle. According to reports, which are often contested by historians, three such race cars were built: two of them were definitely put together, though never photographed at once, and a third may have been in the plan but never saw completion – or the open road. 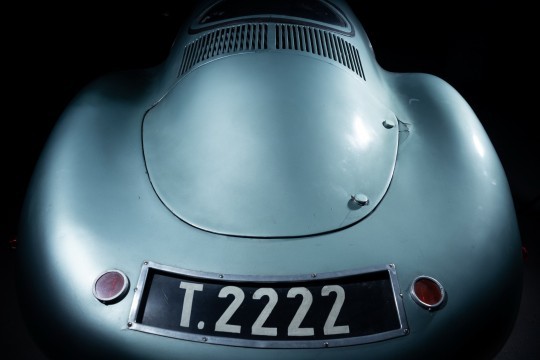 By all means, the car that is often referred to as the world’s “first Porsche” isn’t a Porsche, but a Volkswagen. It bears the Porsche badge because Porsche’s son applied it to the hood later in the ‘40s and it’s the first car to display it, but that’s about it.

This historic race never took place because World War II happened. The prototype remained with the Porsche family: according to reports, they may have kept both of them, using one as a daily and putting the other in storage. After the war, American troops found one Type 64 in storage, cut off its roof and commandeered it for joyrides, riding it until the proverbial wheels fell off – and the engine gave out.

It would eventually be restored and changed a couple of set of hands before emerging again in 2019, at an RM Sotheby’s auction during Monterey Car Week. It should have been the highlight of the event, one that would see the iconic vehicle offered for public auction for the first time and which could potentially fetch several millions of dollars. The auction house estimated some $20 million. 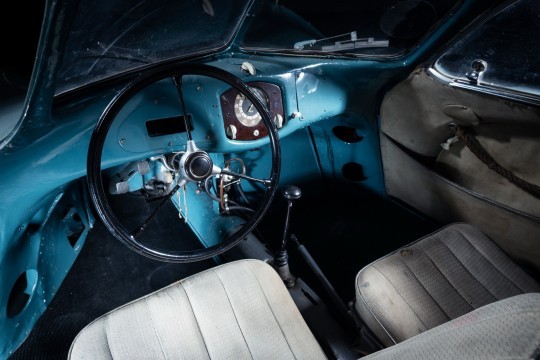 The auction turned out to be a highlight alright, but not in the way anyone imagined it. This very rare car, the precursor of the Porsche we know today, failed to sell after bidding soared to $70 million. It was truly the most unheard-of blunder in the history of auctions, let alone auctions of this caliber: the auctioneer had an accent and, in the excitement of the moment, started the bidding at what sounded like $30 million instead of the planned $13 million.

In less than two minutes, bidding reached $70 million, with each bid and the final amount clearly shown on a giant screen behind him. Then, the auctioneer realized his mistake and clarified that his pronunciation on the “teens” had caused the snafu, which forced the auction house to call off the sale.

But that’s not changing the fact that the people who placed bids were determined to pay this kind of money for the car. Had the deal gone through, Type 64 would have become the world’s most expensive car sold at public auction, beating the 1962 Ferrari 250 GTO that sold for $48.8 million the previous year and, in its own class, the 1970 Porsche 917K racecar, which went for $14 million in 2017. 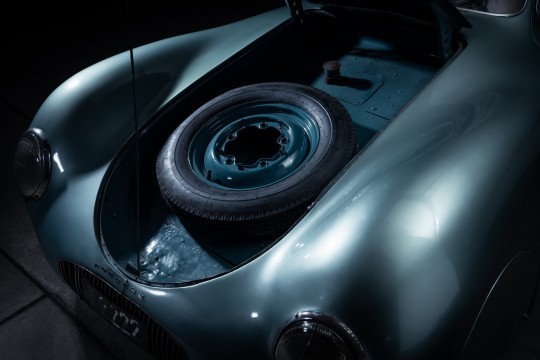 To collectors, it would have been money well spent, even though it’s not even technically a Porsche. As Porsche historian and restorer Andy Prill said ahead of the ill-fated auction, this is an even rarer occasion than once-in-a-lifetime.

“In over 130 years of automotive history, how many opportunities have there been to acquire the very first car of a storied marque?,” Prill said. “It’s quite well preserved, and while conservation efforts have been undertaken over the years, it’s still a very original car, never having been comprehensively restored. Every layer of paint is still present on the car down to the original prewar paint.”

When Chris Harris drove it for Top Gear (yes, it still drives and the 32 hp engine can still do some 90 mph / 144.8 kph), he compared the experience to discovering a safe and, inside it, the recipe for Coca Cola. The comparison is a bit crude, but not any less accurate for it: if there ever was a recipe for the essence of Porsche, the Type 64 is probably it. 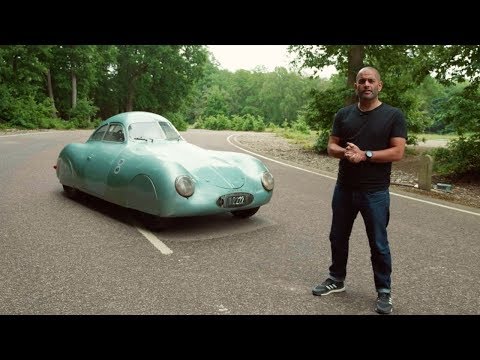