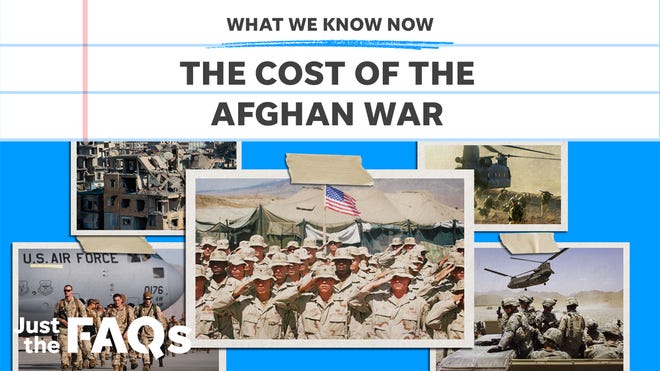 At first glance, Humberto Sanchez looks like many young corporals serving in the Marines.

He went through one of the military’s toughest basic training programs to become a “strategic warrior” and defend his country. Beside other service members in photos, he stood tall, sporting the Marines’ camouflage combat utility uniform. He’s been honored as a hero by people nationwide — from family and friends to strangers on the internet, even the president of the United States.

Sanchez, of Logansport, Indiana, was one of the 13 U.S. service members who died in the line of duty while supporting American evacuation efforts in Kabul, Afghanistan. Details of a public service honoring Sanchez in Indiana are to be announced, according to his family.He will be brought back home to Logansport on Sept. 12, according to Gundrum Funeral Home which is handling his services.

The “backbone of America,” President Joe Biden said hours after the deadly bomb attack on Aug. 26.

Gov. Eric Holcomb lauded him as “one of America’s finest.”

Coral Briseño shares the same sentiments, but she feels it firsthand from a mother’s perspective.

His mother’s words represent a devastating duality — Sanchez was a hero, but he was also young. His commanding officers may have called him Cpl. Sanchez, but to loved ones, the 22-year-old was simply known as “Bert.” He played soccer and took art classes at Logansport High School just a few years ago.

In photos and videos online, rectangle framed glasses and a thin, dark mustache complete his mature, military look — but a dimpled smile shines light on his youth. He sings and laughs with friends and fellow Marines. In one moment, he’s pictured falling asleep on a fellow Marine’s shoulder. In another, he carries his older sister on his back, standing next to their two younger siblings.

His best friend from high school, Edgar Rodriguez Sanchez, says they had a Snapchat streak going just days before the attack in Kabul.

“I heard about what had happened,” Rodriguez Sanchez said. “I sent a message, and I was like, ‘Hey, how you doing?'”

Sanchez was among a group of incredibly young people killed in Kabul, some as old as the war in Afghanistan. Five marines lost their lives at the age of 20 — David Espinoza, Jared Schmitz, Rylee McCollum, Dylan Merola, Kareem Nikoui. The oldest in the group, Staff Sgt. Darin Hoover, was 31.

They made the ‘ultimate sacrifice’:The 13 US service members killed in Afghanistan airport bombing

Marines typically tend to be younger than those in other military branches, according to the Council of Foreign Relations. In 2018, about 70% of enlisted marines were between the ages of 17 and 24. In the Army and Air Force, just 40% of those enlisted were in that same age group.

“I think I’ve had twice his lifetimes,” said Bryan Hole, an art teacher who taught Sanchez through all four years at Logansport High School. “It is hard to … fathom.”

The “forever war” has touched generations of Americans in distinct, conflicting ways.

Hole’s first year of teaching was tainted with tragedy — he remembers “going into the teacher workroom and seeing the buildings on fire” during the Sept. 11 terrorist attacks.

Hole remembers his high school students spurred to action, eagerly enlisting in the military because they wanted to defend the country. Sanchez was 2 years old at the time.

He never imagined he would see so much loss, over so many years.

“I’ve had students injured and killed and paralyzed and it’s been 20 years of this,” Hole said. “I have not known a year of teaching high school that we weren’t sending people over.”

The news about Sanchez was especially heartbreaking, he says, given their close relationship and the fateful timing of his deployment. They spoke through a Facebook video chat in March, just before Sanchez went overseas, and made plans to meet person in November.

“I thought that things were de-escalating and finishing up,” Hole said. “(I thought) ‘He’ll be OK. He’ll be coming back home. He’ll do his duty, and he’ll return.’ “

Related:As Afghanistan war ends, family of Indiana soldier killed in 2009 asks: Was it worth it?

In 2016, when the news of Sanchez’s enlistment was shared on Facebook, someone commented in Spanish, “Is the handsome man going into the Marines?!”

“Yep, he’s going to be the most handsome marine in the squad,” his mother responded with a smiling emoji.

Sanchez had not talked about joining the military during high school, according to his friend Rodriguez Sanchez, but they both received phone calls from recruiters the same day during their junior year.

“We ended up joining together, so that was like super cool,” Rodriguez Sanchez said. They graduated together in 2017 and went through basic training together at the Marine Corps Recruit Depot in San Diego.

This March, they reunited and spent time together in California. Sanchez was serving in the 2nd Battalion, 1st Marine Regiment out of Camp Pendleton, according to the Department of Defense.

“We matured,” Rodriguez Sanchez said, reflecting on their journeys into adulthood. “But when we were around each other, we were pretty much the same way we were in high school.”

They were always hanging out during their teenage years, Rodriguez Sanchez remembers, bonding with their passion for soccer and “family first” values. He recently rediscovered an AP U.S. History video where they reenacted Paul Revere’s midnight ride, brought to life with cheesy video effects and jesting acting.

“We have a situation,” Sanchez recites in video, acting as the title character. “The British are coming.”

He carried that unforgettable presence, as the type of person who’d play the lead character, through various moments in life.

“He was just always himself. He was always Bert,” Hole said, remembering Sanchez in art class. “He’d be silly sometimes, and he’d just have hilarious come backs to things … If he was not there that day, you knew it … The class was not the same anymore.”

But with that humor and joviality came kindheartedness and dedication.

Sanchez’s jokes were never directed at anyone else, Hole said. He took time off from soccer to get a job at McDonald’s and save up money for a car. As an artist, he was “kind of quirky” and “creative,” according to Hole. But more importantly, he “always finished any project that he took on.”

Even at that young age, he was confident.

“He was just very comfortable with himself,” Hole said. “I kind of admire it, you know, I wish I was a little more like that myself.”

The Logansport community has been rallying to honor their fallen hometown Marine.

At a McDonald’s, artists painted a mural of Sanchez. The local firefighter station displayed 13 American flags and the Logansport Police Department put up a 13-car siren display — representing each fallen soldier in the Kabul attack.

A local news site is collecting signs and displays remembering Sanchez in a Facebook album. Some restaurants have drinks set out for those who couldn’t return home. Other local businesses have signs simply saying “Thank you.”

The Logansport High School boy’s soccer team held a moment of silence at a recent game.

For a community with a significant Hispanic population and a high school that’s close-knit — “the best of both worlds,” Hole says, because it’s small for a city school but not too big — Sanchez represented a slice of the community, the pursuit for something greater than himself.

Joining the Marines fit his personality because it was somewhere where “he could contribute,” Hole said. “And work towards his goal of creating a better life for himself.”

In their last conversation, Sanchez shared appreciation for his former teacher. He wasn’t afraid to reach out and tell people they were special in his life, Hole recalled.

“‘I think you’re a really good person and, you know, I’m trying to be a good person, too,'” Sanchez told him.

Hole said he already thought he was a good person.

“I hope people remember him,” he said, “as being a great person.”

USA TODAY contributed to this report.