The Volkwagen SP2 was developed by Volkswagen do Brasil specifically for the Brazilian market as a locally produced sports car. This was critically important as Brazilian automotive imports were all but banned at the time, and sports cars were in short supply.

The SP2 is based on the Brazilian Volkswagen 1600 Variant, with power coming from a rear-mounted 1.7 liter air-cooled flat-four capable of 65 bhp. It wasn’t a particularly fast car, but many owners have since applied modifications or even swapped in new engines in search of better performance.

Volkswagen do Brasil Ltda. is a subsidiary of the main Volkswagen Group, it was established in Brazil back in 1953, just eight years after WWII. 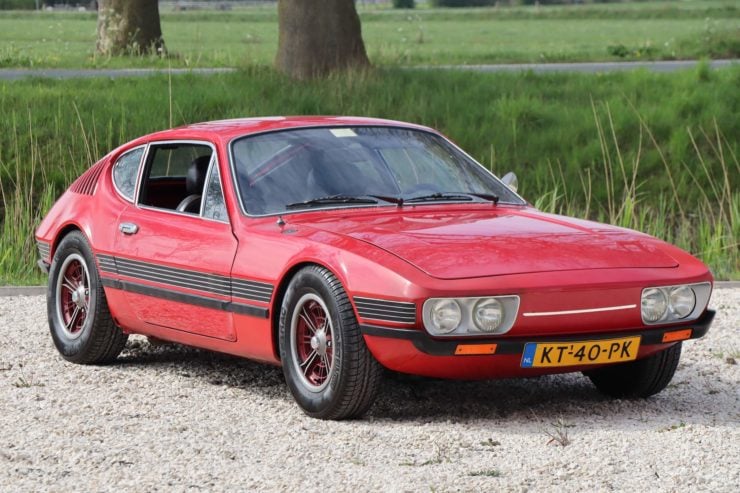 The styling of the VW SP2 has been winning it accolades for decades, that long front end contains plenty of useful trunk space too.

The company would quickly become the largest and most important automaker in Brazil, initially building the Volkwagen Beetle (Type 1) from parts kits sent over from Germany.

For 24 years VW had the highest sales of any automaker in Brazil, they sold over 20 million examples of the Type 1 and it became a common sight on the streets of Brazilian towns and cities.

Today the Brazilian VW subsidiary remains one of the biggest automakers in the region, supplying everything from small compact cars to large 4×4 pickup trucks for the local market.

In the late 1960s Rudolf Wilhelm Karl Leiding took over as CEO of Volkswagen do Brasil, one of his changes was to launch “Project X” to develop a locally-designed sports car for the Brazilian market.

The budget was limited so pre-existing parts were used where possible, the platform of the Volkswagen 1600 Variant was used (also similar to the VW Type 3), along with the slightly larger 1.7 liter flat-four mated to the VW 4-speed gearbox. 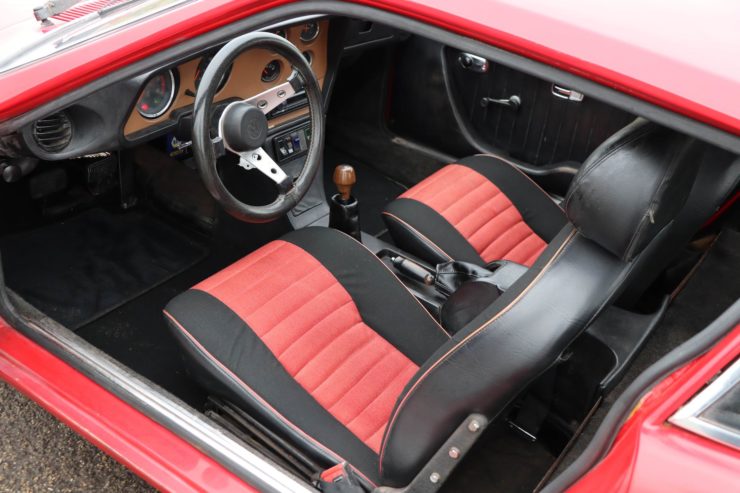 The interior was a step up compared to many of VW Brazil’s other offerings, with a woodgrain dash and gear knob and a sporting rally-style steering wheel.

As one of very few sports cars available in Brazil at the time, the SP2 was popular in spite of its relatively low performance.

A cottage industry sprang up to help improve the car’s performance, Brazilians had already been racing Beetles for years by this point and they knew how to extract every ounce of performance from the air-cooled flat-fours.

With total sales of 10,205 between 1973 and 1976 the SP2 wasn’t a huge sales success for VW, and although a more powerful prototype Volkswagen SP3 was developed it was never put into production.

Above Video: This short film tells the story of a passionate Volkswagen SP2 owner in South Africa. It includes plenty of driving footage to give you a good idea of what the car is like to drive.

Today the VW SP2 is widely beloved in Brazil and they’re considered highly collectible. A small number have been exported and they’re major sources of interest at car shows – most people have never seen one or even heard of the model before.

The car you see here is an SP2 from the penultimate year of production, 1975. This vehicle is finished in red with matching red wheels, and it has a black and red cloth interior with black carpeting throughout. 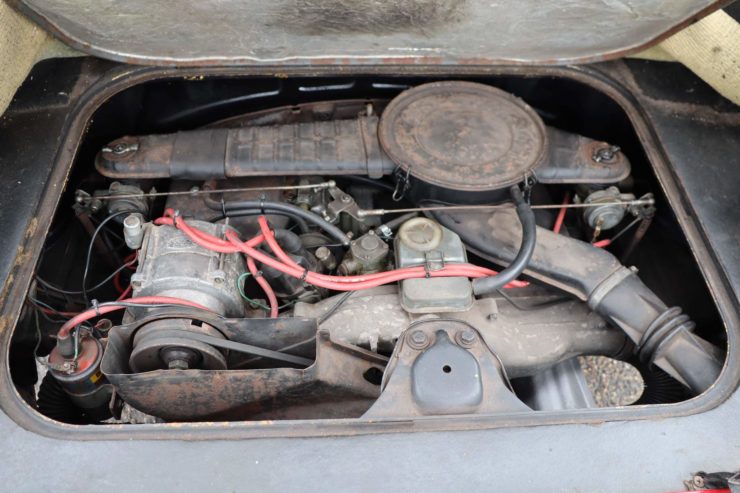 With 65 bhp the 1.7 liter VW flat-four wasn’t a powerhouse, but on the plus side it’s remarkably easy to get spare parts for it.

Although the car runs and drives it does now need some restorative work, there are a couple of small rust patches and other areas of the body that need some attention, and the interior needs work too.

Although it doesn’t look like it needs a full restoration it is a project car that will need work, and any bidders would be clear eyed and ready to get the tools out should they win the auction.

If you’d like to read more about this unusual Volkwagen or register to bid you can visit the listing here on Car & Classic. It’s currently being auctioned live online with plenty of time left to bid. 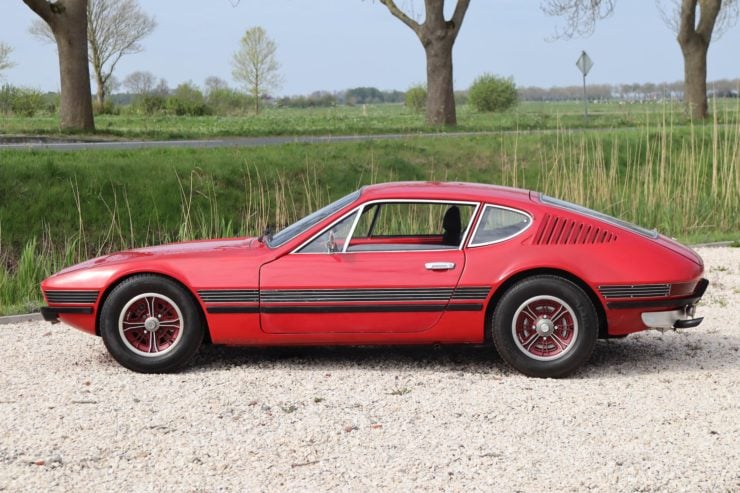 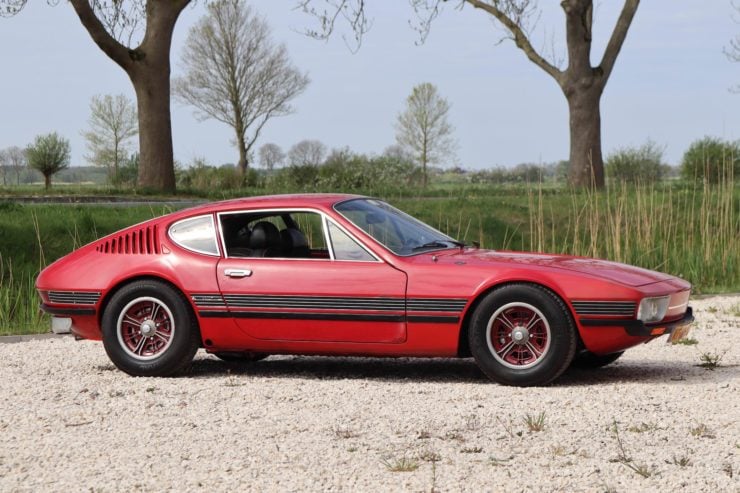 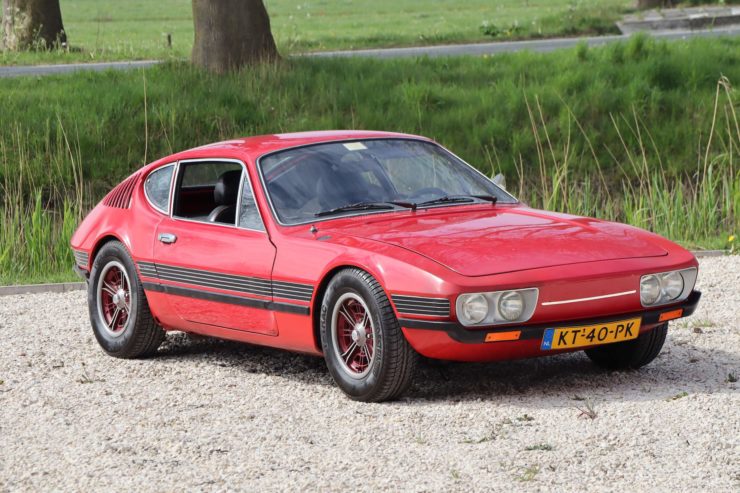 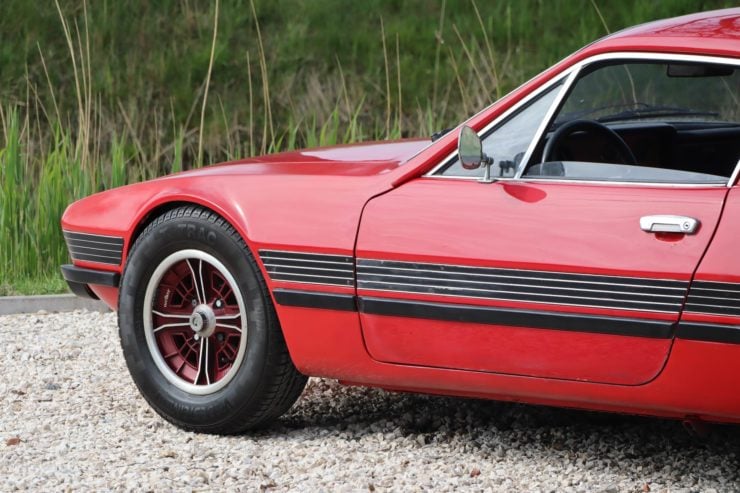 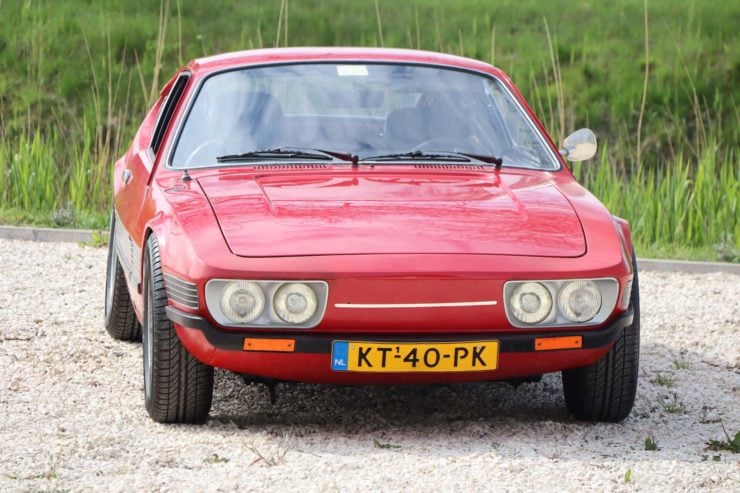 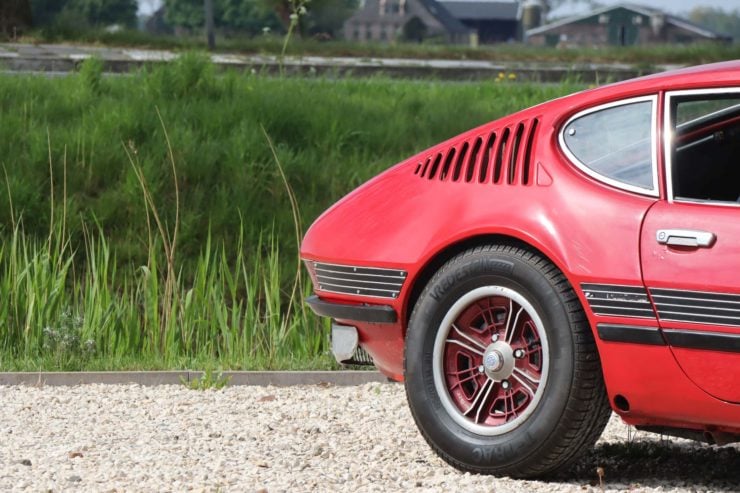 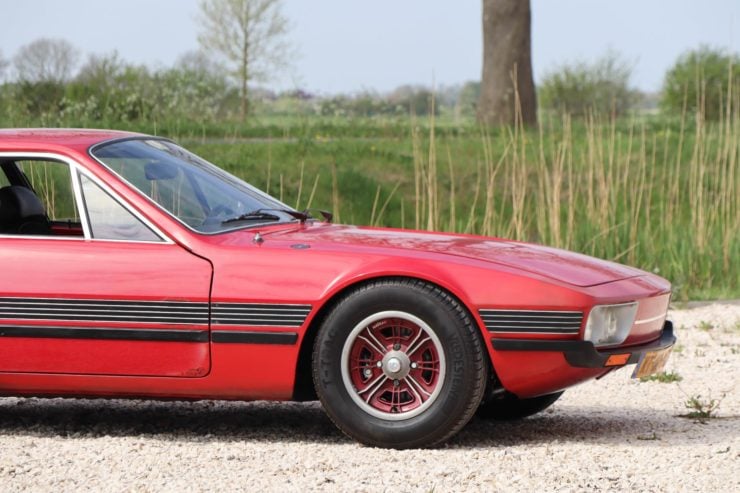 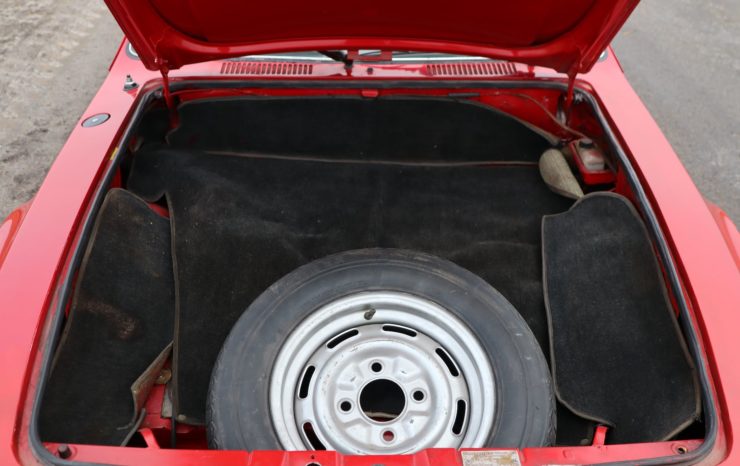 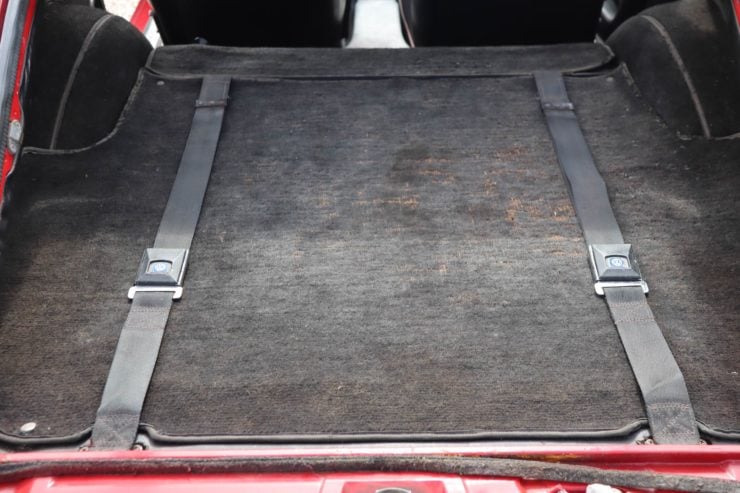 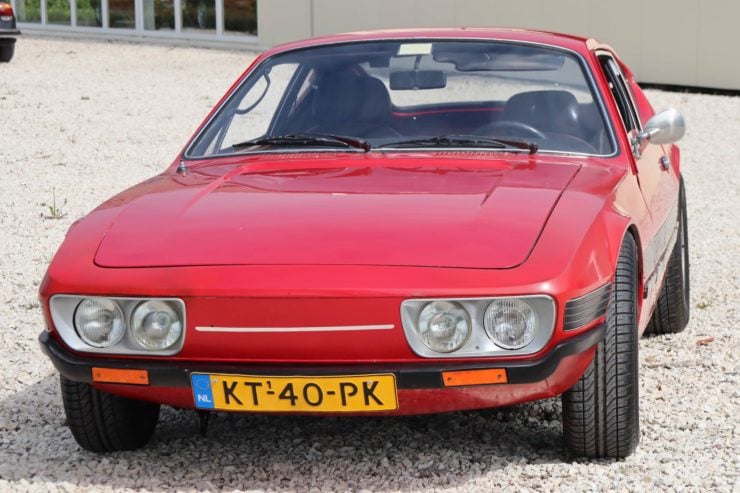 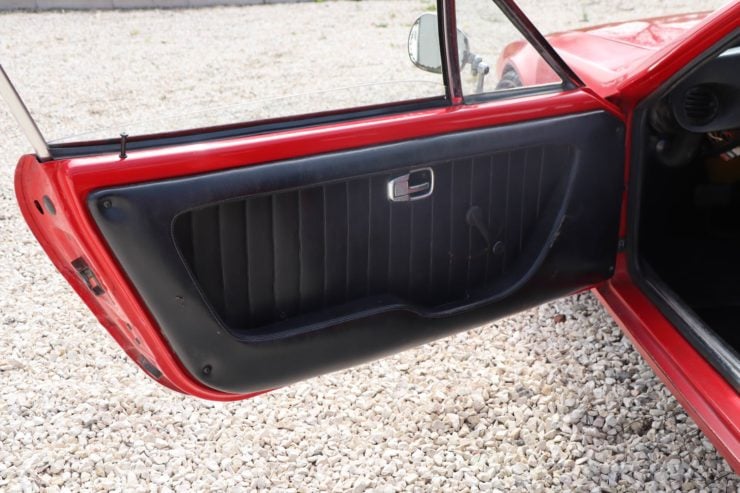 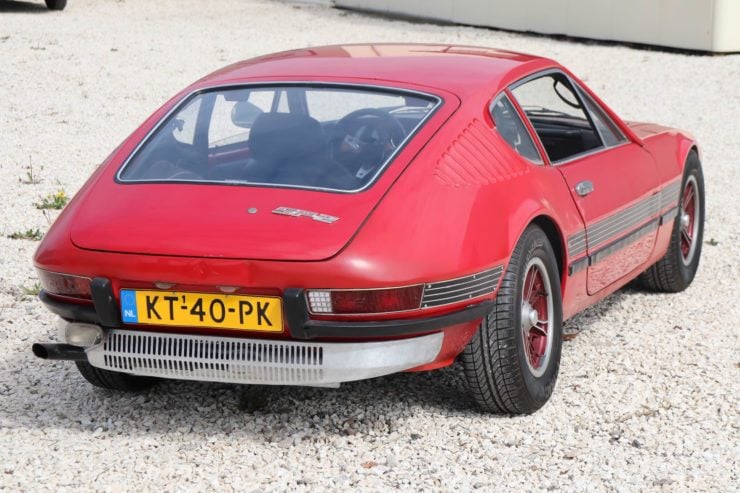 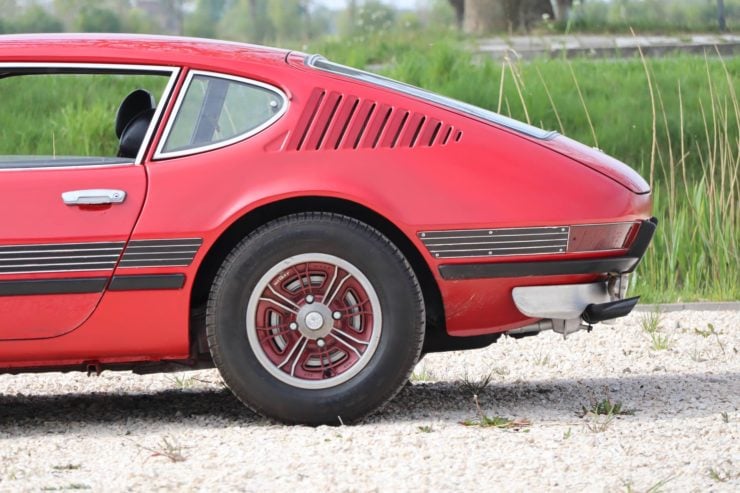 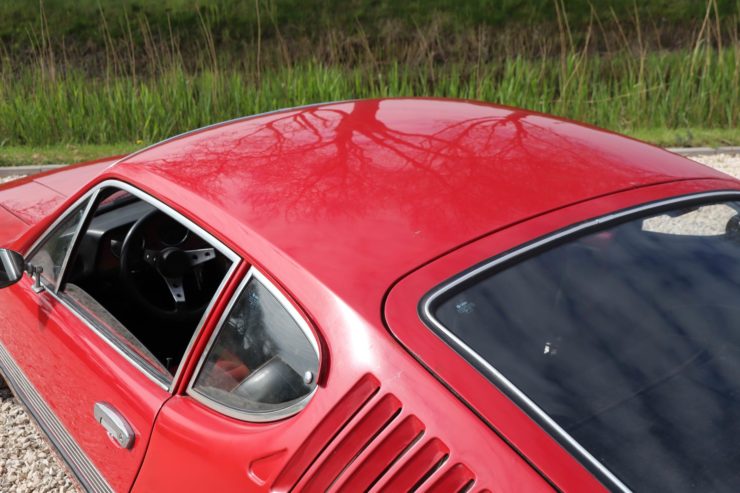 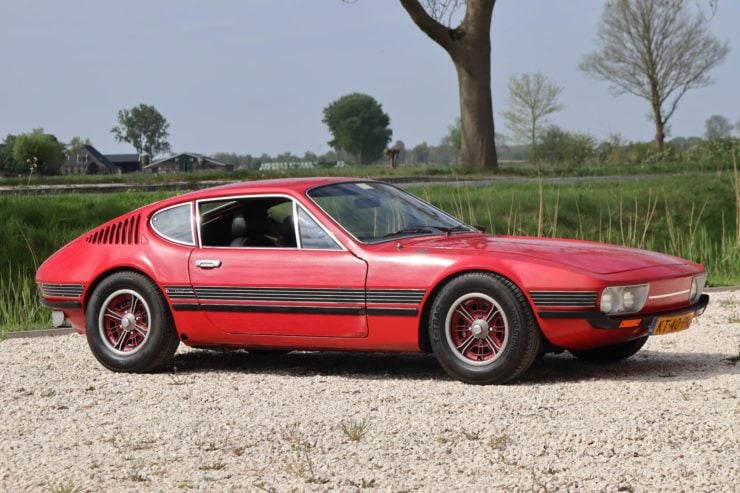 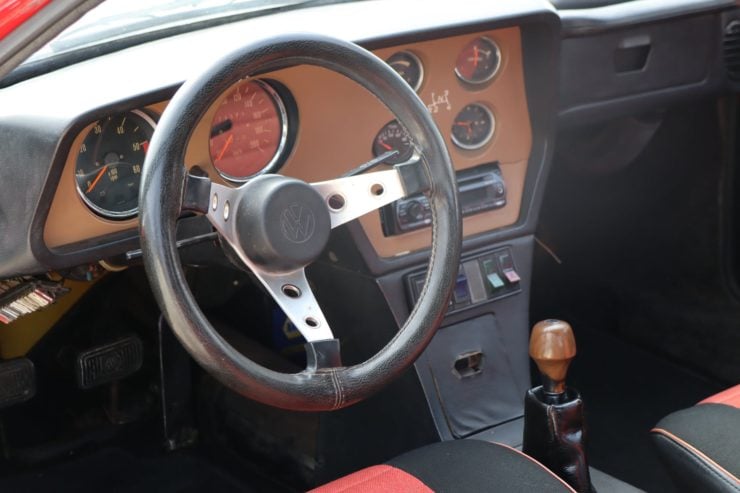